From what I have learned St. Patrick’s Day was last Thursday, which means that I’m kinda late. But I was tagged and I’m definitely going to do it!

So let’s get to the tag questions:

End of the rainbow: What book did you have a hard time tracking down a copy of?

For it was The DUFF by Kody Keplinger. Initially, I wanted to get the hardcover copy of it, but I couldn’t find it. Then, when I did find it on Amazon, I didn’t have the money to pay for it and a few months later the hardcover went out of print. Eventually, I got a paperback copy of it when it had just come out, while I was on my trip to London. Yes, I admit it. While everyone was in the mall on Piccadilly looking at stuff they didn’t dare to dream about buying, me and my sister were buying books across the street. There were many that called us weird, but we were able to actually buy whatever we wanted and we did.

Seventeen-year-old Bianca Piper is cynical and loyal, and she doesn’t think she’s the prettiest of her friends by a long shot. She’s also way too smart to fall for the charms of man-slut and slimy school hottie Wesley Rush. In fact, Bianca hates him. And when he nicknames her “the Duff,” she throws her Coke in his face.

But things aren’t so great at home right now, and Bianca is desperate for a distraction. She ends up kissing Wesley. Worse, she likes it. Eager for escape, Bianca throws herself into a closeted enemies-with-benefits relationship with him.

Until it all goes horribly awry. It turns out Wesley isn’t such a bad listener, and his life is pretty screwed up, too. Suddenly Bianca realizes with absolute horror that she’s falling for the guy she thought she hated more than anyone.

Pot of gold: When you found that book, was it worth the quest?

Of course! It was a brand new copy, which was quite cheap, and I could finally add it to my bookshelf. It doesn’t really matter that it’s not a hardback.

Celebrating a rich heritage: Name a book that contained a well-developed culture.

Definitely Eldest by Christopher Paolini.  Actually in this book there are more than just one well-developed cultures. Eragon gets to know both about the Dwarves’ and the Elves’ cultures. I really love this book.

This is the second book in the Inheritance Cycle. The first one is Eragon.

Darkness falls …Despair abounds …Evil reigns …Eragon and his dragon, Saphira, have just saved the rebel state from destruction by the mighty forces of King Galbatorix, cruel ruler of the Empire. Now Eragon must travel to Ellesmera, land of the elves, for further training in magic and swordsmanship, the vital skills of the Dragon Rider.

It is the journey of a lifetime, filled with awe-inspiring new places and people, each day a fresh adventure. But chaos and betrayal plague him at every turn, and Eragon isn’t sure whom he can trust. Meanwhile, his cousin Roran must fight a new battle back home in Carvahall – one that puts Eragon in even graver danger. Will the king’s dark hand strangle all resistance? Eragon may not escape with even his life .

A wonderful book, full of fantasy and suspense.

Shamrock Shakes: what’s your favorite food to snack on while reading?

I don’t usually eat snacks when I’m reading mostly because we don’t have many snack foods at home. But if I could choose a food to snack on then it would be chips. And to be exact, the Tomato Ketchup Ruffles chips.

Leprechaun: do you own a rare/collector’s copy of a book?

Well, I am not sure about collector’s editions, but I do own a quite old book. It’s a translated copy of Alexandre Dumas’ The Three Musketeers. This book was my father’s before it became mine. It is so old that some of the symbols used in it are no longer used in the Modern Greek Language.

Four Leaf Clover: Name a book you thought would be ‘just another generic book’, but turned out to be something great.

Northern Lights by Philip Pullman. I was given this book as a gift by a relative, a couple of years before she died of cancer. At first, not only did I think that it was going to be “generic”, I actually thought it would be really bad. It took me around 3 years to finally decide to pick it up and read it. Needless to say, it wasn’t bad. On the contrary, it was great. Up until this day, it remains one of my favorite books of all time.

And by the way, I love this cover. It’s much better than any of the other editions of the book.

Here lives an orphaned ward named Lyra Belacqua, whose carefree life among the scholars at Oxford’s Jordan College is shattered by the arrival of two powerful visitors. First, her fearsome uncle, Lord Asriel, appears with evidence of mystery and danger in the far North, including photographs of a mysterious celestial phenomenon called Dust and the dim outline of a city suspended in the Aurora Borealis that he suspects is part of an alternate universe. He leaves Lyra in the care of Mrs. Coulter, an enigmatic scholar and explorer who offers to give Lyra the attention her uncle has long refused her. In this multilayered narrative, however, nothing is as it seems. Lyra sets out for the top of the world in search of her kidnapped playmate, Roger, bearing a rare truth-telling instrument, the alethiometer. All around her children are disappearing—victims of so-called “Gobblers”—and being used as subjects in terrible experiments that separate humans from their daemons, creatures that reflect each person’s inner being. And somehow, both Lord Asriel and Mrs. Coulter are involved.

Unfortunately, we don’t celebrate St. Patick’s day in Greece. But I’d love it, if I got the chance to experience this day’s celebrations/traditions. I love learning about other countries’ customs.

This was the St. Patrcik’s Day Book Tag. It’s very short, but I had so much fun writing this post! I tag Beth, Mallory, Karen, Savannah, Lindsay, Nya, Raye, Ren, Bekah & last but not least Cait. You should go and check out their blogs. They are all great!

Did you like this tag? What are your answers to these questions?

Tell me about it in the comments below… 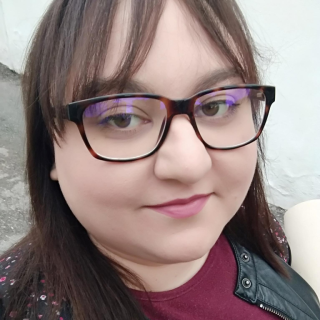